Mid-March and starting to warm up nicely. SO lovely to wear shorts and tank tops instead of sweatpants and hoodies again. Plus it's Flip-Flop weather! My toes can't breathe in shoes.

Most of our neighbors are packing up, taking off for the summer. Rumor has it that it gets hot here in the summer, this will be my first. We have two AC units in the casita, plus it stays cool in there (2 foot thick walls) if you don't shut them off and go north for a couple weeks all the time. May become a captive in here and develop cabin fever. And since I found out it costs the BOMB to keep the trailer AC on, I'll be moving Barbilou's Studio to the casita when it gets hot.

I had a stressful few weeks here in February due to dysfunctional neighbor issues*, and of course immediately had a Ramsay-Hunt relapse. The Bayonets, I call it, when it feels like a bayonet is thrust through my ear and comes out my eye. Happens with extreme fatigue or stress, and is treated with antivirals, steroids, and high-dose Neurontin. Which led to a horrible cold, the flying mucous kind. Not a fun month, and I missed a lot.

* One neighbor (the loony chanting religious zealot, a local) was trying to steal electrical wire up a tall ladder on a power pole. Electrocuted himself, fell and landed on spikes.
* Another one, depressed, nearly drank himself to death, and I made his Canadian family take him home.

It's been a fun winter none-the-less. None of us were sure how it would be with the RV park closed, but there are so many residents now on "the hill" (Dos Palmas neighborhood) that it was great. Really laid-back, much less scheduled-up-the-wazoo functions, and lots of Jammies Days. Love me my Jammies Days!

Still going up to Tucson for VA appointments every month, mostly Ron's. Able to get my fix of KFC and Jack-in-the-box tacos then, and stock up on stuff you can't get here: diet tonic water, good hot dogs, dill pickles, pastrami. Other than those, we've become accustomed to the food here and it's good. We eat at Pancho's every Friday.

I've kept busy in the trailer making stuff, and it's been selling. Keeps me in Gin and Tonic! This winter I've been doing a lot of clay stuff and glass assembly stuff. Love making the clay stuff, hate painting them because I'm so terrible at it. I sound like Homer Simpson the whole time "D'OH"! I need to buy clay in colors, I suppose, but it's too pricey.

Ron's done some fishing, but his elderly boat keeps needing parts. Between that and the wind here, he gets pretty frustrated when he's off the water for so long. Here's the Yellowtail haul on one of their trips:

They got 12 of them,  200+ pounds total, which is Sushi grade and sells for $23/pound in the states. They gave most of it away to friends. Jim and his son Jimmy smoked a lot of it (FABULOUS!) and we eat it often. Mi favorito is when it's marinated in Teriyaki sauce.


I do not miss Show Low or my mobile home whatsoever. Yet. (May change my mind when it gets hot.) We have a tiny bit more social interaction than I prefer despite fewer people here this year. "PLANS" are great until you actually have to put pants and a bra on and go somewhere. I mostly just let the cat/dog in/out, eat stuff that's too picante, drink gin and tonic, watch the birds, and make stuff. Throw in some beachcombing, ATVing, Ladies Who Lunch, and segunda shopping trips, and I'm good.

I had to make a new rule for myself: No gin before 11:30 AM. So, shortly after that I had to make another new rule: no beer before 9:30 AM. You need to recall that I'm always up before 3 AM, done with chores and errands by 9, and ready for relaxation. Have only had one "too much to drink" episode to date, a KLK lunch where wine was all they had to drink. Can't do wine.

I'll be doing the necessary watering for a few neighbors again this year, worrisome to me because I'm the worst gardener ever. I'll make them write down exactly what's expected and when. I can follow lists.


Here are some more of my latest listings in Barbilou's Studio:


So the summer promises to be a hot, casita-bound, reading and creating art, dorado-fishing, early morning beachcombing/clamming, evening sunset-watching, and lots of TV/internet sort of journey. 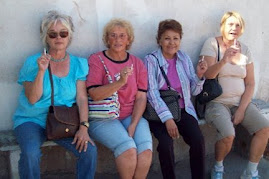